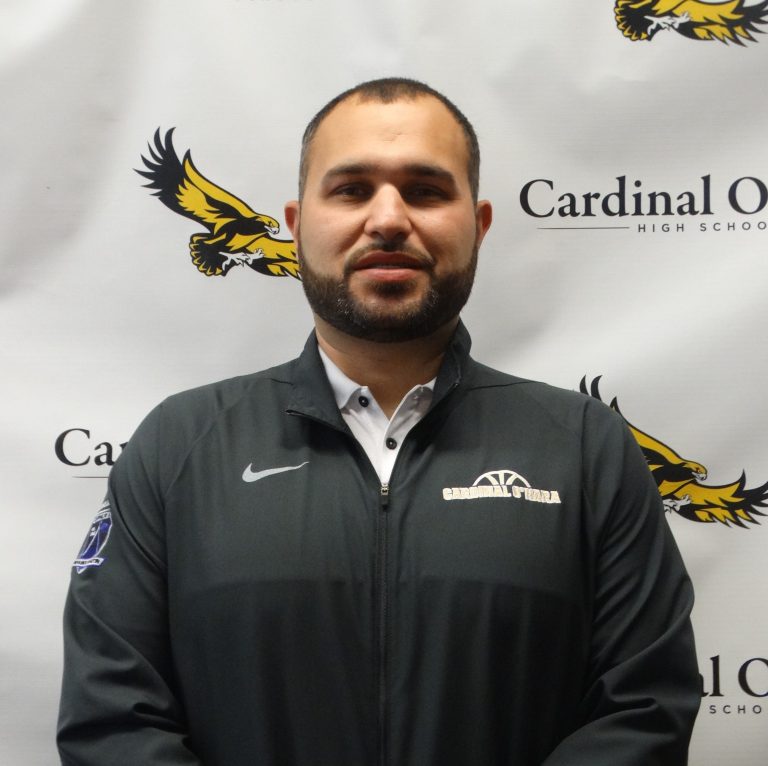 Pulvirenti is entering his 10th year at Cardinal O’Hara.

“Previous to Cardinal O’Hara, I was an assistant basketball coach at my alma mater, Lake Shore, from 2001-2011.”

In addition to his work at Cardinal O’Hara, Pulvirenti is president/CEO of Empire Electric, a company he founded in 2004.

Pulvirenti said he was attracted to the AD position because he loves Cardinal O’Hara and wants to help build something bigger.

“Cardinal O’Hara offers a wide range of teams, including boys and girls soccer, volleyball, cross country, basketball and bowling, In addition, we have football, cheerleading, golf, baseball, softball, hockey and indoor and outdoor track and girls swimming,” he said.

“I see a lot of room for growth and a lot of potential in our athletic programs. I hope with my guidance that we become one of the most competitive athletic departments in our league. “

The new AD’s goals for this year are to help the coaches, student athletes and parents through these challenging times and keep everyone positive through the restrictions the school is up against.

“I’m glad New York State gave us permission to restart sports back on Sept. 21 and look forward to seeing the Hawks on the field and court this school year,” he said.

Sciandra, who had been head football coach and director of athletics at O’Hara since 2001, retired in 2016.

Sciandra noted that his return provided him with the opportunity to work with the man who eventually became his successor.

“One of Tony’s challenges will be communication with all the teams, something that is vital to keeping everything running smoothly. But having been assistant AD and a coach of the winning boys basketball team, he already has the keys to carrying on this work in these challenging times,” Sciandra said.

Principal Mary Holzerland said she is very pleased to welcome Pulvirenti as the new Director of Athletics.

“Mr. Pulvirenti has been working with us for nine years as the head coach of our highly successful men’s basketball program, she said. “He has spent this past year working under the direction of Angelo Sciandra in training for this day. We are extremely grateful to Mr. Sciandra for his time and dedication to Cardinal O’Hara and we wish him luck. We look forward to working with Tony in his new, expanded capacity.