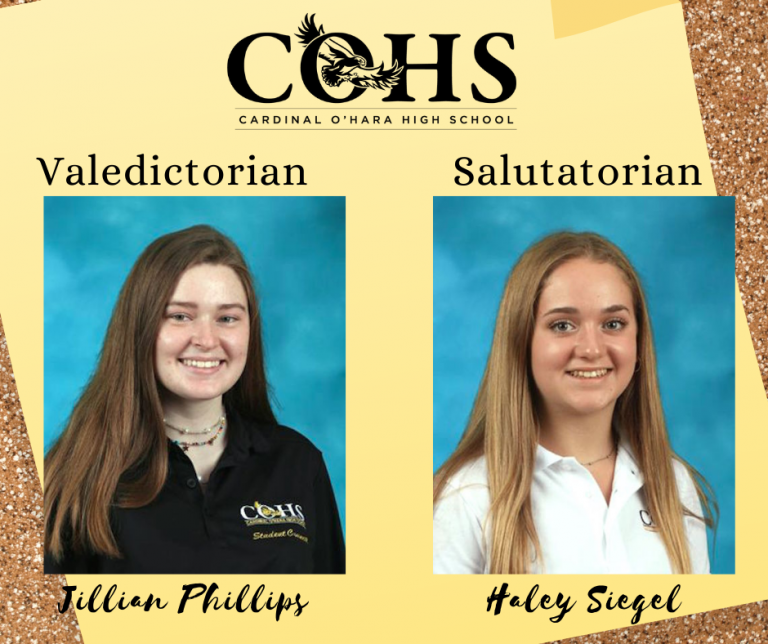 Phillips is a member of the National Honor Society and has achieved high honors for all four years at Cardinal O’Hara. She is secretary of the Student Council, a member of the Travel Club, Candy Crush Club, and yearbook staff. In her sophomore year, she was selected to be a HOBY Ambassador.

Captain of the varsity soccer team for two years, Phillips is on the varsity bowling and track and field teams in addition to playing club tennis.

At graduation, Phillips will receive the Regents with Advanced Designation with Honor and Mastery in Math and Science awards.

Phillips has been awarded the St. Francis scholarship all four years at Cardinal O’Hara and she is known for her extraordinary commitment to community service.

Outside of school, Phillips works at Buffalo Hydraulic and as a counselor at Camp Spirit.

Her future plans include attending the University of Miami or Liberty University for a career in social science or English fields.

She is the daughter of Deborah and Robert Phillips of Lockport.

Siegel is a member of the National Honor Society, having achieved high honors for four years. She also received the excellence in world language award.

She is a member of the outdoor and indoor track team and captain and co-founder of the Cardinal O’Hara girls swimming team.

At graduation, Siegel will receive the Regents with Advanced Designation with Honor and Mastery in Math and Science awards.

Siegel has volunteered summers at Response to Love Center, Gianna Molla Center and the Elderwood at Oakwood Nursing Home. In addition, she works at Wegmans.

Her future plans include attending Canisius College  to study biology/pre-med.

She is the daughter of Michelle and William Siegel of the Town of Tonawanda.

HawkTalk- A Recap of Reunion Weekend 2022